Hume Alexander Horan (ne Seyed Mohamad Entezam) was a leading US State Department Arabist.  The Son of the Late Honorable Abdullah Entezam, the Imperial Iranian Foreign Minister. Hume’s Parents met in Washington DC when his father was junior member of the Imperial Iranian legation to the US, when President Warren G. Harding Wilson was in the white house.

After graduating from Harvard, and serving in the Army, Hume joined the State Department and rose through the ranks to become the political officer in Amman Jordan, Charges d’affaires in Riyadh, Ambassador to Cameroon and non-resident Ambassador to Equatorial Guinea.  In the mid 1980s he was appointed as the Ambassador to the Saudi Arabia by Ronald Reagan.  But was recalled on the behest of the Saudi King, most notably due to Hume’s Iranian noble heritage and his insistence to create dialogue with the dissidents.  On his retiring from the State Department he taught at Howard University.

In 2003, he was asked by Ambassador Paul “Jerry” Bremer to join him in the Iraq Provisional Authority, as his number two man.  To date, Ayatollah Sistani, the pre-eminent Shi’ite spiritual leader in Iraq and the Muslim world, met with the only American, Hume.  No doubt due to his Persian connection and good name of his father, Abdullah.

Horan of Arabia, by Kaplan in English: humes_bio

Washington Report on ME Affairs Obit

Pipe’s Article on Saudis and Hume in English: Pipe’s_Artcile_on_Hume

Association of Diplomatic Studies and Training

Article on him by Mahmoud Ghaffari

Those Arabs an us his article in English: Those_Young_Arab_Muslims_and_Us_Horan_Artcile

Article in ME Quarterly in English 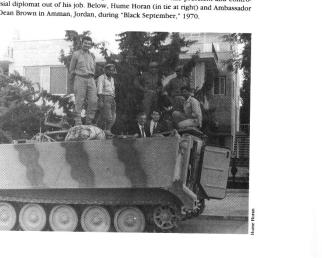 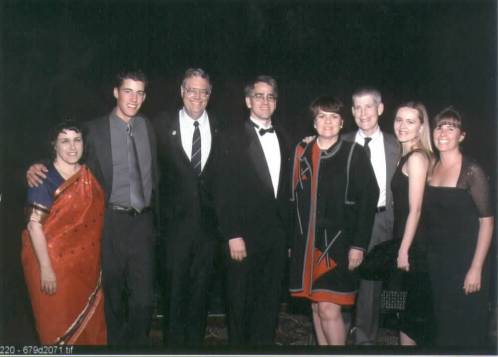 Portrait of Hume Horan, former Ambassador to Saudi Arabia before the Saudi government asked him to leave after making comments they didn’t like.
%d bloggers like this: