Dr. Ghaffari was a chief scientist on the Mercury Gemini and Apollo programs.  His mathematical calculations were responsible for taking man to the moon and back. He worked for NASA for those crucial years of the space race and received a medal of honor from President Nixon and the Order of Taj from the Shah of Iran.  He worked and collaborated with Albert Einstein, J. Robert Oppenheimer and Wernher Von Braun. 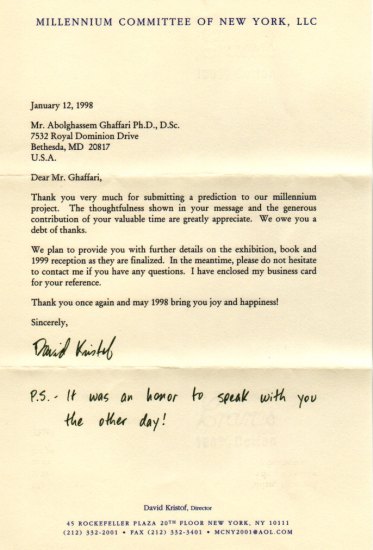